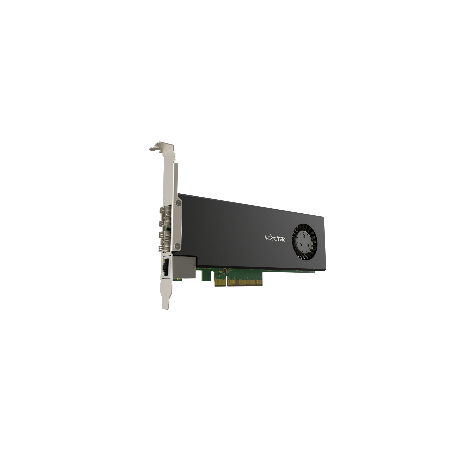 A smart PCIe network interface card that adds full-fledged router capabilities to your servers. The smart and easy way to create 25 Gigabit networks if you want to save space in your server room

The installation may require this 'riser card'

Save space in your server room by adding a real CCR2004...within the server itself.

This unique product combines a simple 2x 25 Gigabit PCIe Ethernet adapter with the impressive capabilities of a fully-fledged router.

To get this CCR device to work as an NIC, a new Passthrough mode was implemented. Basically, a FastForward FastPath mode that can also pass hardware link statuses.

This NIC can reach wire-speed (100Gbps) with Jumbo frames. It ensures that in most server setups this CCR network card will not be the bottleneck.

With 4 GB of RAM, 128 MB of NAND storage, and a powerful quad-core ARMv8 64-bit CPU, this device can handle a lot: firewalls, user management and access control for home media and file servers, and even some traffic control in data centers – without the need for a stand-alone router.

This form-factor does come with certain limitations that you should keep in mind. The CCR NIC card needs some time to boot up compared to ASIC-based setups. If the host system is up before the CCR card, it will not appear among the available devices. You should add a PCIe device initialization delay after power-up in the BIOS. Or you will need to re-initialize the PCIe devices from the HOST system. 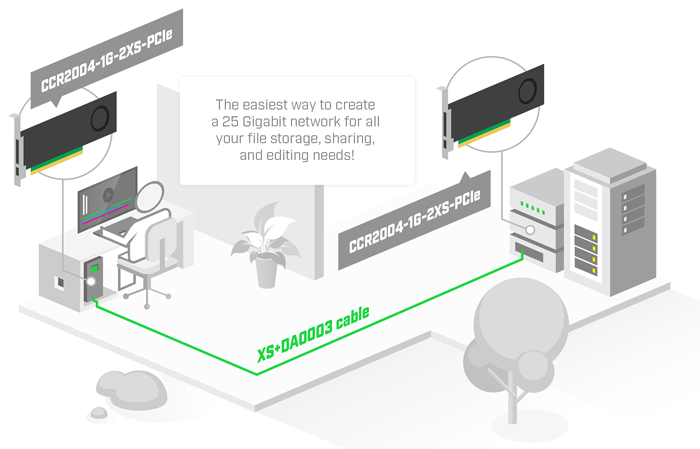 Expect to discover your unique use-cases for this unconventional device: a simple high-speed networking card combined with a powerful Cloud Core Router.